The pandemic has created a challenging operating environment but Monash IVF Group is well positioned to grow in FY21 and beyond.

The ongoing COVID-19 pandemic has had an overwhelming impact on our global community and has created challenges and presented unchartered waters that will continue into the short and medium term. The $80m equity raising completed in May 2020 and the sharp recovery following the re-opening of elective surgery in Australia, has placed the Group in a strong position to pursue its strategic growth plan and any implications the next chapter of the Pandemic may present.

The impact from the shutdown of elective surgery during parts of Q4 and the departure of five Victorian fertility specialists in Q1 had an impact on profitability resulting in an Adjusted Net Profit After Tax decline of 31.2% to $14.4m.

Our full year revenue declined by $6.6m or 4.3% to $145.4m. The domestic IVF businesses experienced a $5.7m revenue decline in the period March to June 2020 which included an approximate 530 stimulated cycle decline (compared to previous corresponding period (pcp)) during the COVID-19 shutdown period from early April to mid-May, followed by a strong recovery whereby stimulated cycles increased by 34% in the period from mid-May to 30 June. The strong recovery has continued into FY21 with stimulated cycles increasing by 32% in July compared to previous corresponding period (pcp).

Full year adjusted EBITDA (excluding the impact from AASB16) declined by $10.1m to $27.7m. The revenue decline in the period from March to June had a substantial impact on earnings. Prior to March, earnings growth was experienced in South Australia, New South Wales and Queensland, whilst Victoria declined due to the departure of five fertility specialists. There has been a $1.1m increase in Marketing investment particularly during Q4FY20, which has created a strong patient pipeline going into FY21.

Net debt has reduced to $4.2m following the equity raising resulting in a stronger balance sheet to navigate through the pandemic and pursue organic and non-organic growth opportunities.

Given lower debt, the Syndicated Debt Facility size has been reduced from $110m to $40m. Whilst the size of the facility has been reduced, the Group continues to have access to the $40m Accordion Facility for acquisitions and growth capital expenditure. Bank covenants have been waived to 30 June 2021 but importantly, the Net Leverage Ratio is 0.15x and well below the 3.5x covenant requirement.

Operating cash flow generation was strong in FY20 with conversion of EBITDA to pre-tax operating cash flows solid at 108%. The second half was particularly strong following a 78% conversion rate in the first half reflecting several cash management initiatives implemented during the uncertain operating environment since March.

Cash management initiatives included deferring the 1H20 interim dividend which was paid on 2 October 2020 and no final FY20 dividend was declared.

In closing, I would like to thank all our staff including the Board and the Executive Team for the response to the Pandemic which has placed Monash IVF Group in a strong position to grow in FY21 and beyond. 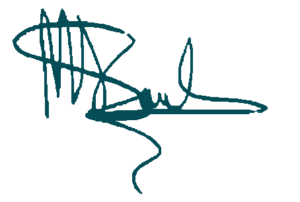 Brave together
We are moving forward into another exciting era for Monash IVF Group.